Last year  a bee colony moved into a flicker nest in the silver maple.  I had worried they wouldn’t last over the winter not knowing how deep the hole in the tree was.  So I was happily surprised this year when the hive came to life in spring with so many bees!

In early June my neighbor told me she saw a cloud of bees that swarmed and headed south.  I thought all were gone but a few were still flying here and there.  I guess they didn’t find any suitable quarters, as they came back a few days later and hung out in the spruce near their old hive.  The football shaped swarm is estimated to be >10,000 bees. 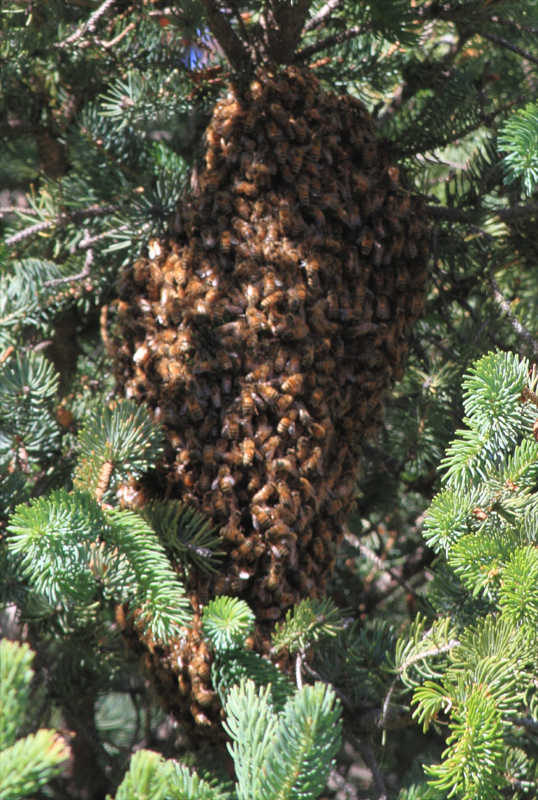 Knowing the bees probably wouldn’t stay for long, and not knowing if the next home they inhabited would call an exterminator, I called the Colorado Beekeeper’s Swarm Hotline to ask they pick them up.  The owner of To Bee or Not to Bee arrived with his gear to scoop them up.  The bees chose a branch that was none too stable for leaning a 12 foot ladder against and the worry wart in me fretted over where Gregg chose to climb.  Hoisting up a hive and holding it while shaking the swarm so they would fall into the hive was pretty hit or miss, and mostly miss.  So he tried a couple times and  managed to get a good portion of them. 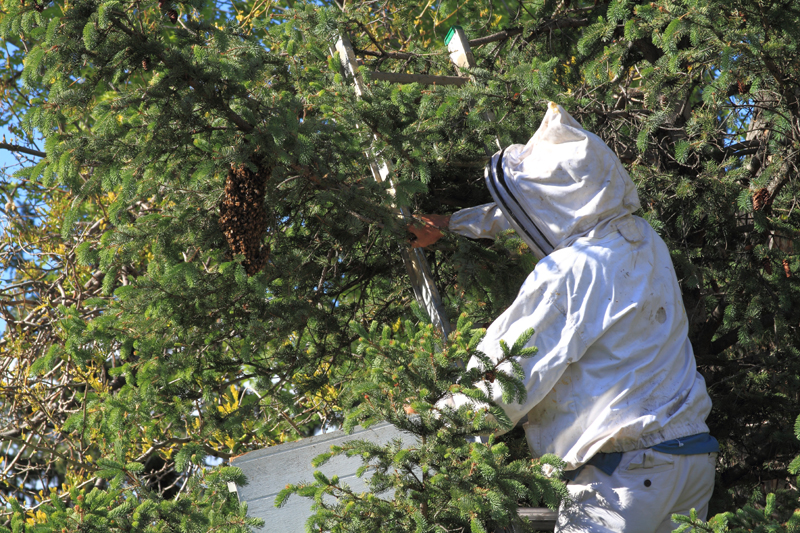 The key was to get the queen into the hive, so the lady worker bees would alert the rest of the swarm to enter the hive.  You know you’ve got the queen when you see bees waving their tails in the air like they just don’t care.  This actually releases chemicals that alert other bees to the queen’s location.  Gregg says this is the old queen and the one that remains is the queen born this year. 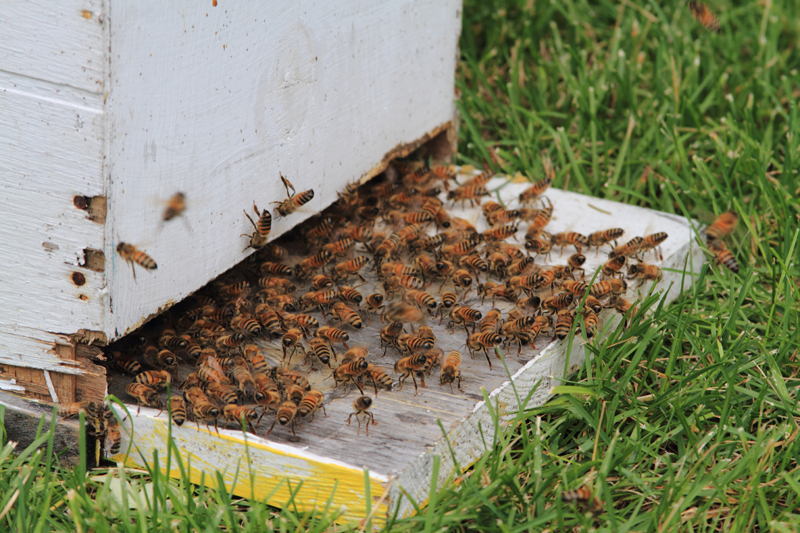 The bees were very calm about the whole thing, never once showing aggression.  The beekeeper said bees are at their mellowest during swarm and there is little chance of being stung during this time.   The hive was left near the tree for a couple days and off to a new home they went!

Although we’d like to keep a hive, we are not quite ready for diving in just yet.  Gregg said there is maintenance involved to have a healthy hive and is not a cheap endeavor with all the tools needed, but the honey is quite worth it I’m sure!!   I buy honey from a local bird store that is to die for.  I can’t say where as I don’t want to give up my loot :).  I’m glad this went well and they have a chance to Bee happy!