The bees in the trees float in the breeze… and half went to a nice new home.

Wow.  What a delight to watch bees swarming.

On April 8, I was outside and heard the low buzz of bees roaming about, not unusual for the backyard.   I thought nothing of it until that low buzz became louder and louder until a symphony of wings surrounded me.  The low rumbling is hard to describe, only that I could almost feel it in my chest the way you feel the base coming from a car’s set of woofers. The sound was unhurried, not what you’d expect to hear when you think of swarm.  The hive in my tree does not sport much room so the old queen needed to depart and a new queen will keep the tree.  Taking place only feet from my door, the old queen settled down to wait for scouts to return with a good place to call home.  A large cloud of bees hovered around her and after a few minutes began to form a tight cluster, with her in the center I presume. 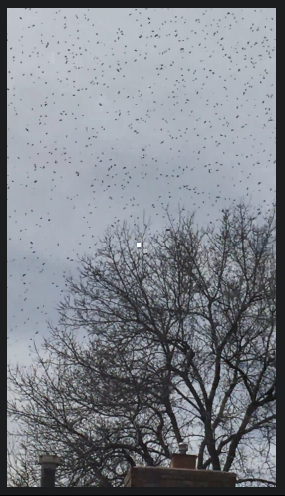 She settled in the pine tree where a football shaped mass of bees hung from a limb that bounced from the weight, slowly emptying the sky of bees and quieting the hum.  The swarm fell at some point, and remade their mass into a rectangle along a retaining wall.  The mass was three inches deep with bees.  Completely docile and ignorant of anything but being near the queen, I was able to get up close for these pictures.

I called the Colorado Swarm Hotline, and immediately had Sue, a local bee club member, offer to pick up the bees.  She arrived with Sharon and a vacuum.  The vac looked similar to a shop vac only small, and with less suction.  This was attached to a bucket and the bee sweeping began.  It only took about 10 minutes to get the majority of the bees.  They allowed time for some of the stragglers to make their way to the bucket once the guards turned their butts to the air and spread scent to alert others to the queeen’s location.

But not all bees made it to the bucket.  Those left would die within days as they were not allowed back into the hive once they were marked to leave.  Many more will make their home in a new hive kept at the club’s site.  I hope they have many future generations of bees that will educate new beekeepers for years to come.  Sharon thanked me numerous times, saying what a treasure they are.  Indeed. 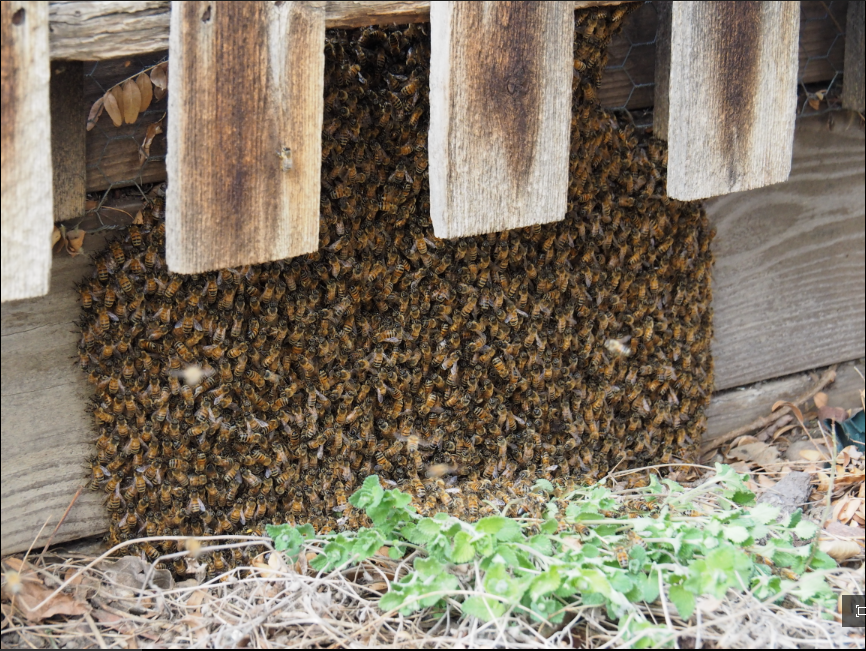